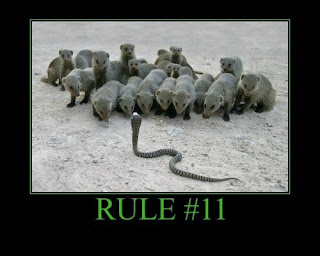 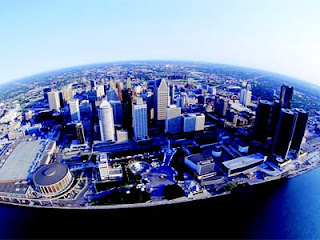 The Court of Appeals of Michigan has found in yet another case, Aaron Richard v. Schneiderman & Sherman, PC., et al., Court of Appeals Michigan, Appeal No. 10-000273-CZ, (August 11, 2011), [1] that the Mortgage Electronic Registration System, Inc. (MERS) could not conduct a non-judicial foreclosure – because it was a mere “nominee.”    Michigan Statute MCL 600.3204(1)(d) [2] states that to conduct a non-judicial foreclosure in Michigan the Advertising Lender must either hold the Promissory Note or be the authorized “servicer.”   Because MERS neither held (nor owned) the Promissory Note concerning the debt, nor was an active servicer, the non-judicial foreclosure it conducted in Richard, supra was void ab initio.


Aaron Richard v. Schneiderman & Sherman, PC., et al., Court of Appeals Michigan, Appeal No. 10-000273-CZ, (August 11, 2011), reads as follows:
STATE OF MICHIGAN
COURT OF APPEALS
AARON RICHARD, Plaintiff-Appellant,
SCHNEIDERMAN & SHERMAN, P.C., GMAC MORTGAGE and MORTGAGE ELECTRONIC REGISTRATION SYSTEMS, INC.,
Defendants-Appellees.
FOR PUBLICATION August 11, 2011
9:00 a.m.
No. 297353
Wayne Circuit Court LC No. 10-000273-CZ
Before: BORRELLO, P.J., and METER and SHAPIRO, JJ.
PER CURIAM.
Plaintiff, Aaron Richard, appeals as of right an order granting summary disposition in favor of defendants, Schneiderman & Sherman, P.C. (Schneiderman), GMAC Mortgage (GMAC), and Mortgage Electronic Registration Systems, Inc. (MERS). We reverse the trial court's grant of summary disposition, vacate the foreclosure proceeding, and remand further proceedings consistent with this opinion.
This case arises from plaintiff's attempts to challenge the foreclosure and sale of property he owned located at 19952 Hubbell in Detroit. Plaintiff purchased the property in part through a $50,000 loan, executed on May 4, 2006, from Homecomings Financial Network, Inc. The loan was secured by a May 4, 2006, mortgage with MERS, as the nominee of Homecomings.
It is not clear from the record when plaintiff fell behind on his mortgage payments. However, on October 9, 2009, Schneiderman, acting as GMAC's agent, mailed plaintiff a notice stating that his mortgage was in default and informing him of his rights, including to request mediation. The outstanding debt owed to GMAC was listed as $50,267.78. Ultimately, MERS began non-judicial foreclosure by advertisement under MCL 600.3201, et seq., and purchased the property at the subsequent sheriff's sale.
Plaintiff filed suit, in pro per, during the redemption period, alleging that the sheriff's sale was "flawed" on numerous grounds and asserted that MERS did not hold any rights to the debt. Defendants filed for summary disposition, asserting, among other things, that the sheriff's sale was "not only legal, but also valid, as all required procedures were followed." The trial court granted summary disposition in favor of defendants and dismissed plaintiff's claim.
Although many of plaintiff's claims are without merit, it is clear that the sheriff's sale was invalid because, although MERS was only a mortgagee, MERS foreclosed on plaintiff's property utilizing non-judicial foreclosure by advertisement. This Court has held that MERS is not entitled to utilize foreclosure by advertisement where it does not own the underlying note. Residential Funding Co, Inc v Saurman,     Mich App        NW2d  (Docket Nos. 290248, 291443; April 21, 2011), slip op at 11. Under such circumstances, "MERS' inability to comply with the statutory requirements rendered the foreclosure proceedings . . . void ab initio." Id. Because the application of Saurman is dispositive, we must determine whether Saurman is retroactive and, if so, whether to assign it full or limited retroactivity.
"[T]he general rule is that judicial decisions are to be given complete retroactive effect." Hyde v Univ of Mich Bd of Regents, 426 Mich 223, 240; 393 NW2d 847 (1986). "Complete prospective application has generally been limited to decisions which overrule clear and uncontradicted case law." Id.
Rules determined in opinions that apply retroactively apply to all cases "still open on direct review and as to all events, regardless of whether such events predate or postdate our announcement of the rule[s]." Harper v Virginia Dep't of Taxation, 509 US 86, 97, 113 S Ct 2510, 125 L Ed 2d 74 (1993). Rules determined in opinions that apply prospectively only, on the other hand, not only do not apply to cases still open on direct review, but do not even apply to the parties in the cases in which the rules are declared. See Pohutski v City of Allen Park, 465 Mich 675, 699, 641 NW2d 219 (2002). [McNeel v Farm Bureau Ins, 289 Mich App 76, 94; 795 NW2d 205 (2010).]
Given that this Court applied its holding to the cases in Saurman, it is clear that the holding in Saurman has been afforded at least limited retroactivity. [1] However, cases given limited retroactivity apply "in pending cases where the issue had been raised and preserved," Stein v Southeastern Mich Family Planning Project, Inc, 432 Mich 198, 201; 438 NW2d 876 (1989), while cases with full retroactivity apply to all cases then pending. This distinction makes a difference because, although plaintiff contested the foreclosure, he did not specifically raise and preserve the issue of whether MERS has the authority to foreclose by advertisement. Thus, Saurman is only applicable to this case if it is granted full retroactivity.
"The threshold question is whether 'the decision clearly established a new principle of law."' Rowland v Washtenaw Co Rd Comm, 477 Mich 197, 220; 731 NW2d 41 (2007) (citation omitted). Our Supreme Court has held that cases that properly interpret statutes, even if prior caselaw has held differently, "restore[] legitimacy to the law" and, thus, are "not a declaration of
-2-
a new rule, but . . . a vindication of controlling legal authority." Id. at 222 (quotation marks and citation omitted). In Saurman, this Court interpreted MCL 600.3204(1)(d). There was no existing caselaw and, therefore, it did not overrule any law or reconstrue a statute. See Hyde, 426 Mich at 240. Consequently, this Court's decision in Saurman was not "tantamount to a new rule of law," see Rowland, 477 Mich at 222 n 17, and, therefore should be given full retroactive effect. [2]  Hence, Saurman is applicable to the instant case, rendering the foreclosure proceedings void ab initio. Saurman,      Mich App at , slip op at 11.
Accordingly, we reverse the trial court's grant of summary disposition, vacate the foreclosure proceeding, and remand for further proceedings consistent with this opinion. We do not retain jurisdiction.
/s/ Stephen L. Borrello
/s/ Patrick M. Meter
/s/ Douglas B. Shapiro
Endnotes:
[1]
In addition, "there is a serious question as to whether it is constitutionally legitimate for this Court to render purely prospective opinions, as such ruling are, in essence, advisory opinions." Rowland v Washtenaw Co Rd Comm, 477 Mich 197, 221; 731 NW2d 41 (2007), quoting Wayne Co v Hathcock, 471 Mich 445, 485 n 98; 684 NW2d 765 (2004).
[2]
We reiterate the general rule that a retroactive decision cannot serve to reopen those cases that are already closed. Thus, where the time to oppose the foreclosure by advertisement, the time to oppose the resulting eviction, and the time to appeal from those actions have run, a party may not rely on Saurman in an attempt to reopen those cases to recover possession or ownership.
Hugh Wood, Esq.
Wood & Meredith, LLP
3756 LaVista Road
Suite 250
Atlanta (Tucker), GA 30084