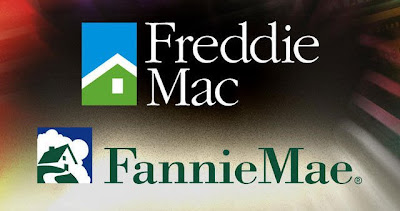 WASHINGTON, DC -- In order to support the streamlined modification program announced on November 11, 2008, Fannie Mae (NYSE:FNM) today issued a notice to its loan servicing organizations and retained foreclosure attorneys directing them to suspend foreclosure sales on occupied single-family properties as well as the completion of evictions from occupied single-family properties scheduled to occur from November 26, 2008 until January 9, 2009.

The temporary suspension of foreclosures is designed to allow affected borrowers facing foreclosure to retain their homes while Fannie Mae works with mortgage servicers to implement the streamlined modification program scheduled to launch December 15. Foreclosure attorneys and loan servicers will be instructed to use the additional time to reach out to borrowers who have defaulted on their loans and continue to pursue workout options. The initiative applies to loans owned or securitized by Fannie Mae.

The streamlined modification program is aimed at the highest risk borrower who has missed three payments or more, owns and occupies the primary residence, and has not filed for bankruptcy. The program creates a fast-track method for getting troubled borrowers into an affordable monthly payment through a mix of reducing the mortgage interest rate, extending the life of the loan or even deferring payments on part of the principal. Servicers have flexibility in the approach, but the objective is to create a more affordable payment for borrowers at risk of foreclosure.

Fannie Mae will be working with foreclosure attorneys and servicers to reach out to the more than 10,000 borrowers the company estimates would be affected during this period. Borrowers who have Fannie Mae loans that are scheduled for foreclosure between November 26, 2008 and January 9, 2009, will be contacted directly by the attorney handling the foreclosure. If the home is occupied, Fannie Mae has instructed servicers and attorneys to suspend the foreclosure.
Allison also said Fannie Mae's loan servicers are prepared to work with borrowers during this period, even if previous workout efforts have been unsuccessful. As part of the company's "Second Look" initiative, Fannie Mae personnel have been reviewing seriously delinquent loans to determine if the borrower has been contacted and all workout options have been exhausted.
The streamlined modification program and temporary suspension of foreclosures are two of a series of steps Fannie Mae has taken to expand its foreclosure prevention efforts, which are designed to give loan servicers and foreclosure attorneys tools to find the best solution for a borrower in financial trouble. Fannie Mae and its many partners in the housing industry urge borrowers in financial difficulty to reach out to their loan servicers, regardless of whether they are facing imminent foreclosure. Solutions may be available that could make an existing mortgage more affordable.

"Fannie Mae is committed to working with FHFA to implement the streamlined modification program as quickly as possible to help prevent unnecessary foreclosures," Allison said. "We must and will do more." (c) Fannie Mae

Nov. 20 (Bloomberg) -- Fannie Mae and Freddie Mac, the mortgage-finance companies seized by the U.S. government, will suspend foreclosures and evictions over the holidays.

The six-week halt will begin Nov. 26, a day before the U.S. Thanksgiving holiday, and last through Jan. 9, the companies said in separate statements today. The hiatus is designed to give servicers more time to implement a streamlined loan modification program for struggling borrowers.
"It's a giant time out," Paul Miller, an analyst at FBR Capital Markets in Arlington, Virginia, said today in a Bloomberg Television interview. "I wouldn't be surprised to see this across the board."

Fannie and Freddie, government-sponsored enterprises that own or guarantee $5.2 trillion of the $12 trillion U.S. home mortgage market, were placed under federal control Sept. 6. They have since been pushed to work harder at modifying troubled single-family and multifamily mortgages to curtail foreclosures.
Until a streamlined modification program is up and running, "we felt it was in the best interest of both borrowers and Fannie Mae to take this extra step to ensure that homeowners with the desire and ability to prevent foreclosure have an opportunity to stay in their homes," Fannie Chief Executive Officer Herb Allison said in a statement.

Fannie and Freddie have partnered with HOPE Now, a government-organized coalition of the largest U.S. mortgage servicing companies, to offer borrowers who are at least 90 days delinquent and have high loan-to-income ratios the chance to modify mortgage terms to cut their monthly mortgage payments.
Incremental Steps

The companies plan to reduce interest rates for up to five years and lengthen repayment terms to as much as 40 years to trim monthly payments to roughly 38 percent of a homeowner's monthly pretax salary. In some cases, borrowers may qualify to temporarily reduce the principal amount of the loan, which would be due without interest if the house is sold or refinanced.
"The Hope Now program is not going to be enough. It's an incremental step," said housing advocate John Taylor, president and chief executive officer of the National Community Reinvestment Coalition in Washington. "Obviously, we're pleased that they're doing this, but absent a substantive foreclosure program, I wonder if this is this just another problem they're leaving for the Obama administration."

Fannie and Freddie posted record third-quarter net losses totaling $54.3 billion last week. Freddie said it needs $13.8 billion from the U.S. Treasury by Nov. 29 to stay solvent, and Fannie said it may need federal aid early next year. Treasury Secretary Henry Paulson set up $200 billion in backup financing for Fannie and Freddie in September, saying the companies were failing and threatened the safety of the broader U.S. economy without federal intervention.
Foreclosures

The worst U.S. housing slump since the 1930s is being compounded by a recession that began in the third quarter and may last a year or more, according to Jay Brinkmann, chief economist for the Mortgage Bankers Association. Home prices in 20 U.S. metropolitan areas fell in July at the fastest pace on record, and sales of previously owned homes in August were 32 percent below the peak reached in September 2005.

A total of 765,558 U.S. properties received default notices, which warns of a pending auction, or were foreclosed on in the third quarter, the most since records began in January 2005, according to default data from Irvine, California-based RealtyTrak. Filings rose 3 percent from the second quarter and fell 12 percent in September from August as state laws created to keep people in homes slowed the pace of defaults. (c) Bloomburg 1122008

A Loan Modification is... an excellent way to stop foreclosure for anyone who wants to keep their home and can't afford their mortgage payments.

eToro is the best forex trading platform for new and advanced traders.