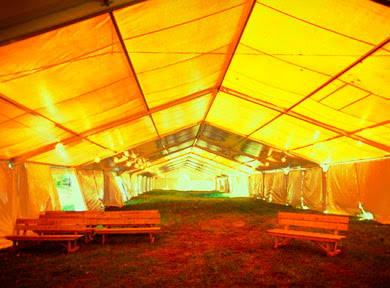 Two months after Treasury Secretary Henry Paulson pulled the plug on his plan to buy troubled mortgage assets, the financial industry is pushing the government to reconsider.

Paulson has said the capital infusions have stabilized the financial sector.
But the economy has taken a sharp turn for the worse in recent months, as credit has become less available and companies and consumers have cut back on their spending.
Meanwhile, U.S. banks continue to hold hundreds of billions of dollars of mortgage-backed securities that, if downgraded, could lead to another round of damaging writedowns.
That's why some observers want the Treasury to return to the premise of the original bailout and move toxic assets off banks' balance sheets.

New TARP has failed, bring back TARP classic
Leading the charge for a return to what some might refer to as "TARP classic" is SIFMA, the Securities Industry and Financial Markets Association trade group that's based in Washington.
"We need to get the markets moving again," said Tim Ryan, SIFMA's CEO. "We have no problem with capital injections, but if you do capital injections without taking care of the bad assets, it just causes the problem to go into hibernation."

Ryan is a former Treasury official and onetime director of the Resolution Trust Corp., or RTC. The RTC oversaw the cleanup of the savings-and-loan crisis in the early 1990s. Ryan said the lesson he took from that experience is that the only way to make sure banks start lending again is to get rid of the bad assets.

Others share that assessment. The Organisation for Economic Co-operation and Development said in a paper issued this week that a study of financial crises over the past three decades suggests that isolating bad assets is a key to a successful response to a major market meltdown.
And the congressional panel overseeing the TARP wrote Friday in a report to Congress that events such as November's federal bailout of Citigroup (C, Fortune 500) highlight how the toxic asset problem has continued to fester.

That forced the government to come to its rescue for a second time in November, with a $20 billion preferred stock injection and a $306 billion loan guarantee.

"These events suggest that the marketplace assesses the assets of some banks well below Treasury's assessment," the panel, chaired by Harvard professor Elizabeth Warren, concluded.
Of course, simply acknowledging the toxic asset problem doesn't make fixing it any easier. Critics of the original TARP questioned how the government would arrive at prices for assets that lack liquid markets, and Ryan conceded that pricing will present a challenge. But he said the government is the only entity with the scale to solve it.

"We all know pricing is going to be difficult," Ryan said. "But until we know what these assets are worth and get some transactions going, we're going to be stuck right where we are."
Bad assets aren't going away

Brian Olasov, a managing director at law firm McKenna Long & Aldridge in Atlanta who has worked on Wall Street and in commercial real estate lending, agreed.
"The RTC was imperfect, but it played an important role in getting markets going again," said Olasov. "What it ended up doing was developing a pricing technology for nonperforming loans, and that's the role the government could play again."

Not everyone buys the RTC analogy, though. Bill Isaac, who was the chairman of the Federal Deposit Insurance Corp. from 1981 to 1985, said the RTC simply replicated the FDIC's bank-resolution process.

He said the RTC was an appropriate response to the mass bank failures of the 1980s - more than 3,000 institutions failed during that decade, he said -- but he questioned how that experience translates to the present day.

"I think the whole bit about buying assets is highly impractical," said Isaac, now the chairman of the Secura Group bank consultancy in Sarasota, Fla. "The pricing issues are practically overwhelming."

A related problem stems from the uncertain health of the banks. Markets for distressed securities are locked up, observers said. That's partly due to banks not wanting to sell at the prices being offered because doing so would oblige them to take additional writedowns against their capital.

"The problem is that you don't know how deep the hole is for the banks," said Michael Bleier, an attorney at Pittsburgh law firm Reed Smith who oversaw the 1988 restructuring of Mellon Bank, a predecessor to Bank of New York Mellon (BK, Fortune 500).

Money could be an issue too. While $350 billion more in TARP funds are available to Treasury upon congressional approval, House Democrats have signaled in recent days that the toxic asset program isn't their top priority.

Rep. Barney Frank, D-Mass., introduced legislation Friday that calls for the Treasury to spend at least $50 billion starting in April to cut foreclosures.
Frank, the chairman of the House Financial Services committee, said congressional leaders have been consulting closely with the Obama administration.

He also laid out additional restrictions on recipients of TARP funding and called for closer oversight of the program. But he did not mention any plans to address toxic assets.
Whatever the priorities in Congress, the bad asset problem isn't going away. Oppenheimer analyst Meredith Whitney warned in a report this week that she expects downgrades of mortgage-backed securities to hit bank profits in the soon-to-be-reported fourth quarter of 2008 - and to force the banks, which have already sold hundreds of billions of dollars in stock, to raise more capital.

Despite the shifting winds in Washington and the lack of attention the toxic asset problem is currently getting, Ryan said he remains hopeful that legislators and administration officials will take appropriate action.

"We've been talking to all the right people, and they've been listening," Ryan said. "We think this new group can see the need to act." Colin Barr, senior writer, Fortune, Jan 9, 2009.

Your Net Worth Will Be More Than Halved After This…

Your Savings Will Be Worthless After China Does This

China Will Destroy Your Net Worth

Did you know that China is USA’s largest debt holder?

This means that all they need to do start devaluing the US Dollar is by selling their debt holdings to their secondary market.

This means the US Dollar value itself will crumble.

Some financial analysts have stated that the USD will more than halve in value over the next few months.

Are you and your family prepared?

Make sure you don’t let your net worth and savings be rendered worthless.

However, it’s not all bad news.

There’s a way that you can actually PROFIT from the fall of the US dollar and also any other economic collapse in the future.

Just click on the video before and learn how you can join the 1% of the elite that makes money each time there is an economic downturn.