How to File a Caveat (Objection) to a Last Will and Testament.

You spent the last four (4) years of your life taking care of your dear father.  He passed away and the funeral is over.  Now you are putting your life in order without your dad.  Your mom passed away some years ago and everything in your mom's estate passed to your father.

Your father was a wonderful man.  He always told you everything in his estate would be yours when he passed away.

Well, not so fast.

You just got served with a Last Will and Testament [1] that leaves everything to your father's mistress. 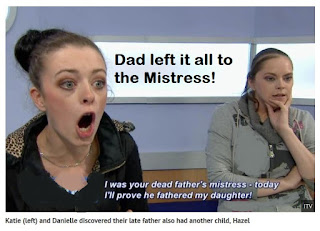 
You thought the mistress was history and he had grown out of that phase of life.  Well like all estate secrets, we guess not.

What can you do?

You can file a formal caveat or objection to the Last Will and Testament offered by the mistress for Probate.

So how do you do it?   The caveat is a pleading that is filed in opposition and response to a Petition to Probate in Solemn Form. [3]

You can write your own, or copy portions from a Form we have prepared.  [4]

In Georgia, you must move with speed.  You only have ten (10) days to file a caveat (an objection). [5]  However, there are certain methods by which you can extend the ten (10) days to caveat, but they are beyond the scope of this blog post.

The types of objections that you can assert in your caveat (other than dad must have been out of his mind leaving it to the mistress) are:

If we can help you with the assembly of a Caveat or other probate document, please give us a call.

You were served with a Petition to Probate in Solemn Form.  That Form can be found at the Probate Judges' Official site or here:

Story and photo from British ITV.
Jeremy Kyle exploded with rage at three women after they discovered on TV that they were half-sisters.  Hazel, 18, found out Danielle and Katie's late father Ronald was also her dad for the first time in 18 years when Jeremy read out DNA results on The Jeremy Kyle Show.
After hearing that Hazel was definitely her half-sister, Danielle reacted with fury and shouted at her half-sibling: "Jump off a cliff."  Watch Jeremy Kyle explode with rage and give chase backstage as guests run off: ''It's all BS''  4 Aug 2015 By James Leyfield.


Filing a Caveat to a Will

Good collective for Caveat petition format. simple words to prevent an ex-parte ruling from being made against the caveator in connection with the suit, case, or application filed by the aforementioned opponents before the honourable high court of—— for the purpose of recovering orders (subject matter to be mentioned).