Banks Will Become the New Engine of Social Engineering 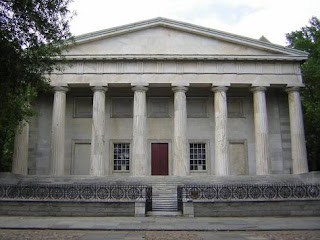 We have become so accustomed to the US Tax Code being used to manipulate our activities that it is now second nature. If you want to encourage the development of more Green Energy, grant energy tax credits. Or, impose taxes on carbon polluters.

Consider the overlay with regard to federal educational assistance granted to States for education. You (the State) may have this money from the federal government, however, it must be spent under the following conditions and within the following parameters.

Title IX was enacted as part of the Education Amendments of 1972 (Cits Omitted). This amendment prohibits sex discrimination in education by programs that receive federal financial assistance. It was patterned after Title VI of the Civil Rights Act of 1964, which prohibits discrimination on the grounds of race, color, or national origin in any program or activity receiving federal financial assistance. American Association of University Women. Hostile Hallways: The AAUW Survey onSexual Harassment in America's Schools. Washington DC: American Association of University Women Educational Foundation, 1993.

What does that have to do with banking, you ask? Well today, nothing; tomorrow, everything.

The US Treasury has stated it will purchase 250bn of preferred stock in certain US Banks.

NEW YORK (CNNMoney.com) -- The federal government on Tuesday announced an extraordinary and historic direct investment in the nation's banks - the biggest bet ever made with taxpayer dollars on the U.S. financial system.
As a start, the Treasury will pump $250 billion into financial institutions. Nine of the nation's largest banks have already agreed to take the capital and in return will give preferred shares to taxpayers and accept limits on executive pay. Half of the money, or $125 billion, will go to the nine large banks.
& & &
The nine financial institutions that will split that first pool of money include the nation's four largest commercial banks - Bank of America (BAC, Fortune 500), Citigroup (C, Fortune 500), JPMorgan Chase (JPM, Fortune 500) and Wells Fargo (WFC, Fortune 500). Also included are the two remaining independent investment banks - Goldman Sachs (GS, Fortune 500) and Morgan Stanley (MS, Fortune 500) - as well as Merrill Lynch (MER, Fortune 500), which last month agreed to sell itself to Bank of America. Two other major banks that primarily serve Wall Street rather than retail customers, Bank of New York Mellon (BK, Fortune 500) and State Street Corp. (STT, Fortune 500) round out the nine institutions getting help in this first round of investments. U.S. pulls the trigger: Government to pump billions into banks, expand deposit and loan guarantees, Chris Isidore, CNN Money, October 14, 2008.

I understand the Treasury Secretary's desire to thaw the US and world credit markets. Perhaps it is prudent to take emergent and heroic efforts to save the financial system, as we know it.

However, the poison is in the cure. The money injected into these banks will become part of the Tier 1 capital of the banks, which is good; it will provide the greatest leverage for the money invested. We the taxpayers, will be paid if and when the preferred stock pays dividends or is sold. But, it is a unseen “drug” to politicians – once they figure out its hidden usefulness.

Unless the feds are divested of this investment in banks in the near future, this "drug," will become permanent. Give a Congress the opportunity to perform further social engineering via its investment in all major US banks and the drug will become too powerful and too intoxicating to be relinquished.

These investments are, again, unsound in what purports to be a free economy.


The photo is of the Second Bank of the United States. Pres. Andrew Jackson vetoed it into oblivion in 1832 for its rampant economic cronyism. You would think we would learn.


See also, Commentary: Why this bailout is as bad as the last one :: By Jeffrey A. Miron Special to CNN Editor's note: Jeffrey A. Miron is senior lecturer in economics at Harvard University. A libertarian, he was one of 166 academic economists who signed a letter to congressional leaders opposing the government bailout plan.

eToro is the #1 forex broker for new and pro traders.