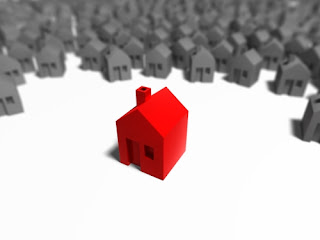 When mortgages don't get paid, the bank does not pay the County property tax. When borrowers are delinquent on the mortgage, they never pay just the property taxes and let the mortgage go.

Once the property taxes have remain unpaid for about a year (it varies from County to County and they do not follow any statewide timeframe), the properties are posted for tax sale. The properties are sold by the County on the first Tuesday of every month starting at 10:00 a.m. The County's opening bid is just the unpaid tax. That is, if the home is worth $200,000, but the unpaid taxes are $4,000, the opening bid is $4,000.

The mortgage banker's association is reporting that delinquent mortgages are running at 6.9%. Mortgage Bankers Association 2008. This delinquency rate is not localized to Georgia, but is a national (if not, perhaps, an international) problem.

California has a default rate in some counties of 8%. Property taxes are due Thursday, but Stanislaus County auditors predict a startling spike in unpaid taxes. If trends hold, about 8 percent of what's owed won't be paid. That's about triple what is normal. Unpaid tax expected to soar. October 14, 2008, Modesto Bee.

Florida's delinquency and default rate is twice that of Georgia's.

More Tampa Bay property owners than ever before failed to pay their real estate taxes this year. The surge is unprecedented, officials say, and the reasons are clear: a slumping real estate market, stagnant wages, growing unemployment and the rising cost of energy, goods and services. "It's the economy, the economy, the economy," Pasco County Tax Collector Mike Olson said. "It doesn't take a rocket scientist to figure out what is going on."
Some taxpayers, credit experts say, find themselves unable to pay tax bills that were not included as escrow payments in their subprime mortgages. The increase in tax delinquencies does not threaten local government operations. That's because the unpaid taxes represent a meager fraction of the total property tax revenues that local governments collect. And there's a mechanism - the tax certificate auction - for governments to recoup unpaid bills.
But more people are seeing their homeowner status jeopardized. "When the economy turns, which it eventually will, all these problems will go away," Olson said. "But the unfortunate thing is how people's lives get turned upside down until that happens." In Florida, tax bills are mailed out in November. They become delinquent if not paid by April 1. Around the end of April, tax collectors advertise the unpaid accounts for auction, which take place by June 1.
Between the time delinquent accounts are advertised and when an auction is held, many property owners resolve their debt, either by paying up or declaring bankruptcy.
Still, the number of advertised accounts gives a good snapshot of how many property owners had not paid tax bills after April 1.

In Pinellas, those numbers rose nearly 23 percent this year, coming on top of a 37 percent increase last year. Other counties saw even bigger increases this year: 27 percent in Hernando, 30 percent in Hillsborough and 33 percent in Pasco. Statewide figures are not available, but counties around Florida have seen, on average, about a 20 percent hike this year in the number of unpaid property tax accounts, said Dale Summerford, Gadsden County's tax collector and past president of the Florida Tax Collectors Association. Tampa Bay's unpaid property taxes soar. By Will Van Sant, Times Staff Writer, Saturday, June 14, 2008

The coming tax sales will provide investors with substantial opportunities to either acquire the delinquent properties and/or recover a 20% in the first year and 10% for each year thereafter.

Substantial information on this issue in Georgia is located at:

The Fulton County Tax Commissioner describes the redemption process as follows:
After sale on the courthouse steps the successful bidder receives a tax deed from the Sheriff. The purchaser at the sale has no immediate right of possession and by law the property owner or any person having the right, title, or interest in or lien upon the property can redeem it from the tax deed holder. This redemption can occur at any time within twelve months of the sale or foreclosure, and at any time after the sale until the right of redemption is barred. The right of redemption can only be barred one year after the sale. After the right of redemption is barred, the deed holder has to file a quiet title action in order to gain full control of the property.
As an illustration of how the redemption process works, take for example a $200,000 property being foreclosed for tax lien and Sheriff costs, totaling $5,000. The opening bid would be $5,000. If the winning bid, for example, is $100,000, then this amount becomes the cost basis for all redemption calculations. Under existing law "the redemption price, shall be the amount paid for the property by the purchaser after the sale for taxes, plus any special assessments on the property, plus a premium of 20 percent of the amount for each year or fraction of a year which has elapsed between the date of the sale and the date on which the redemption payment is made...". After the first year there is an additional 10% per year or part thereof. To redeem the property anytime within the first year anyone having an interest in the property can redeem it for $100,000 plus a premium of 20% of $100,000 - a total of $120,000. The Sheriff would have in her tax account a surplus or overbid amount of ($100,000 -$5,000) $95,000 for "the person entitled to receive", usually the property owner, to use towards the redemption cost of $120,000. The property owner actually has to come up with $25,000 out of pocket in order to redeem the property. I have heard of instances where the property owner claimed the excess funds from the Sheriff and abandoned the property to the tax deed holder. Tax Collections, Fulton County Georgia Tax Commissioner Web Site.

While the unpaid tax collections harm local Georgia County services, they present a unique opportunity to an investor. The money used to purchase the property at tax sale either leads to the ownership of the property in a year or the former owner has to pay 20% or more to redeem the property from the tax purchaser.