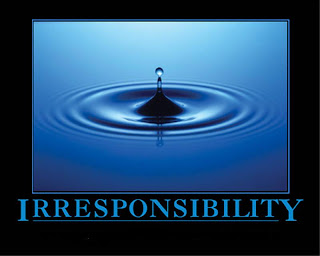 In perhaps what was or may become the largest spending bill in this history of the World, the Senate passed HR 1424 (the 700B Bailout; now, 850B) 74-25. Constitutionally, spending Bills are required to be introduced into the House. However, the Senate attached the Bailout Rescue Bill to an existing House Bill, HR 1424, and will send it back to the House for passage.

There is no PDF available for the 450 page Senate Bill at this time, however, the Associated Press summarized the Bill as follows:


[T]he Senate added $100 billion in tax breaks for businesses and the middle class, plus a provision Republicans advocated to raise, from $100,000 to $250,000, the cap on federal deposit insurance. They were also cheering a decision Tuesday by the Securities and Exchange Commission to ease rules that force companies to devalue assets on their balance sheets to reflect the price they can get on the market. The heart of the bill, and the opposition to it, remained the same. It would enable the government to spend billions of dollars to buy bad mortgage-related securities and other devalued assets held by troubled financial institutions. [ * * * ] [T]he package would extend several tax breaks popular with businesses. It would keep the alternative minimum tax from hitting 20 million middle-income Americans, and provide $8 billion in tax relief for those hit by natural disasters in the Midwest, Texas and Louisiana. [ * * * ] Other provisions added by the Senate include a measure to require large companies' health plans to give equal treatment to mental health or addiction if they cover such illnesses. [ * * * ] Associated Press, Oct 1, 2008.

The following Senators voted No.

The passage of this Bill is wholly irresponsible; no Senator and no human had time to read this 450 page massive, bloated disaster prior to pushing it to the floor. The passage of this bill is a harbinger of the coming Socialism creeping into every crevice of the United States.

eToro is the #1 forex broker for rookie and professional traders.